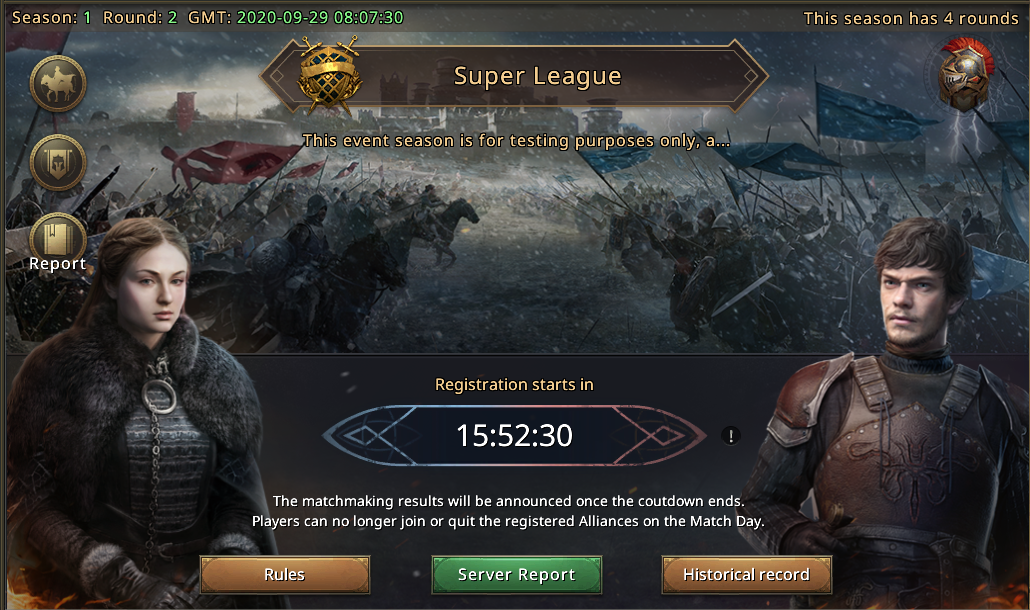 Game of Thrones: Winter is Coming gets a new event called “Siege of Winterfell,” where players get to experience war between two alliances. The battlefield will be filled with opponents, which you have to battle using real-time strategy skills in order to occupy buildings and get the resources that will help your alliance win the war. In the end, the alliance with the most points will win, but all the participants in the Siege of Winterfell will be rewarded. 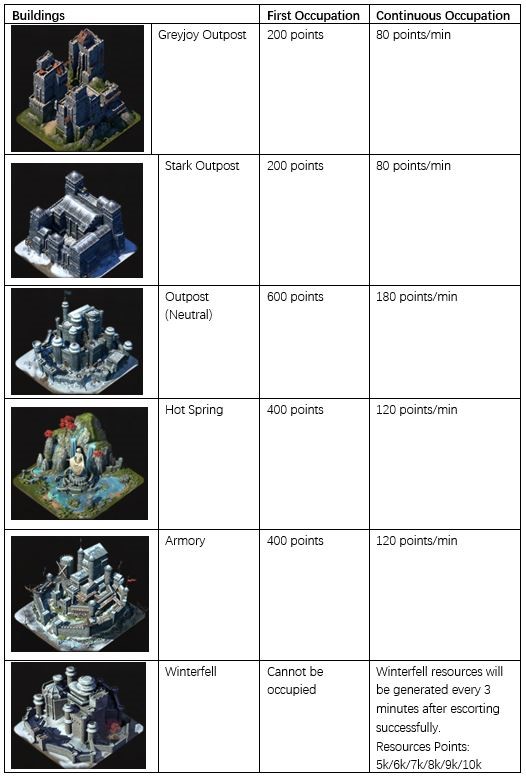 So, if you’re ready to fight in the Siege of Winterfell, here are a few rules and tips that will help you win the war.

Register and Prepare for the Siege of Winterfell

To be part of the new event, players will have to join the battlefield. Alliance officials will have to choose a time slot and register the Siege of Winterfell. Then, the top 50 alliances in unprotected kingdoms will qualify to participate in the event.

Participants will join a league based on their battle rating. There are three leagues – Super League, A League, and B League.

Then, they have 24 hours to register for the event. Thirty minutes before the battlefield starts, players can join the battlefield or teleport to a new map and get their buffs and Lord bonuses copied so that they can use them in the match.

Alliance officials can head over to the Battle Shop before the match begins to buy healing speed up items. During the Siege of Winterfell no troops will die. 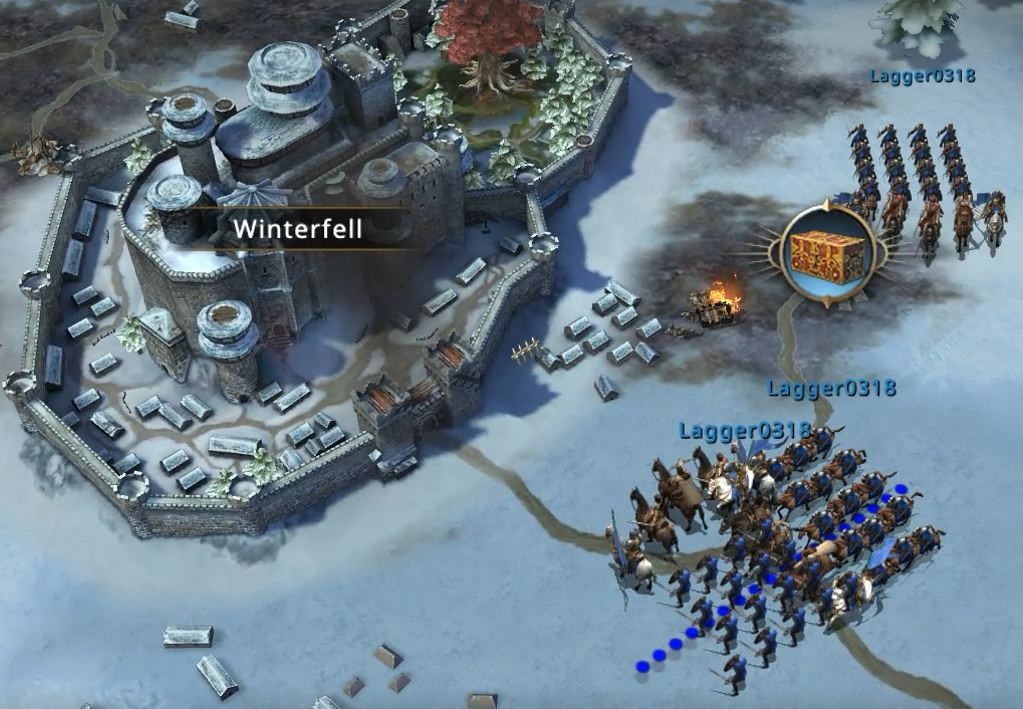 With the beginning of Siege of Winterfell event, players will notice that there is a new battle mode. Let’s check all the details about the event map and how to win the war.

The Event Map and Buildings

There will be three periods during the battleground:

Obtaining Points in the Battleground

We mentioned in the beginning that the victorious alliance will be the one that has the most points. Every player wins points that count towards the victory.

This is why players must occupy building to win points and also to buff your alliance. To obtain points, players capture buildings on the map and the longer the occupation, the more points they earn. Your alliance will receive points when you send Winterfell resources to the buildings that have been occupied by your side.

A new tactic is coming in this event – players will have to use real-time strategy skills their commanders receive to fight during the siege.

The Active Strategic Skill is unique to each commander. If planned correctly, all of the commanders can use their skills consecutively within the same second. Here are the commanders that can be used in this event:

Before entering the battleground, players will only be able to get the Lord Bonus if they choose from the available commanders that are listed above.

Players will join the battleground and have three armies. They can be fully controlled through a sidebar or by directly clicking on them. You can tell them to move, attack, withdraw or garrison. Here’s how you can move the armies: 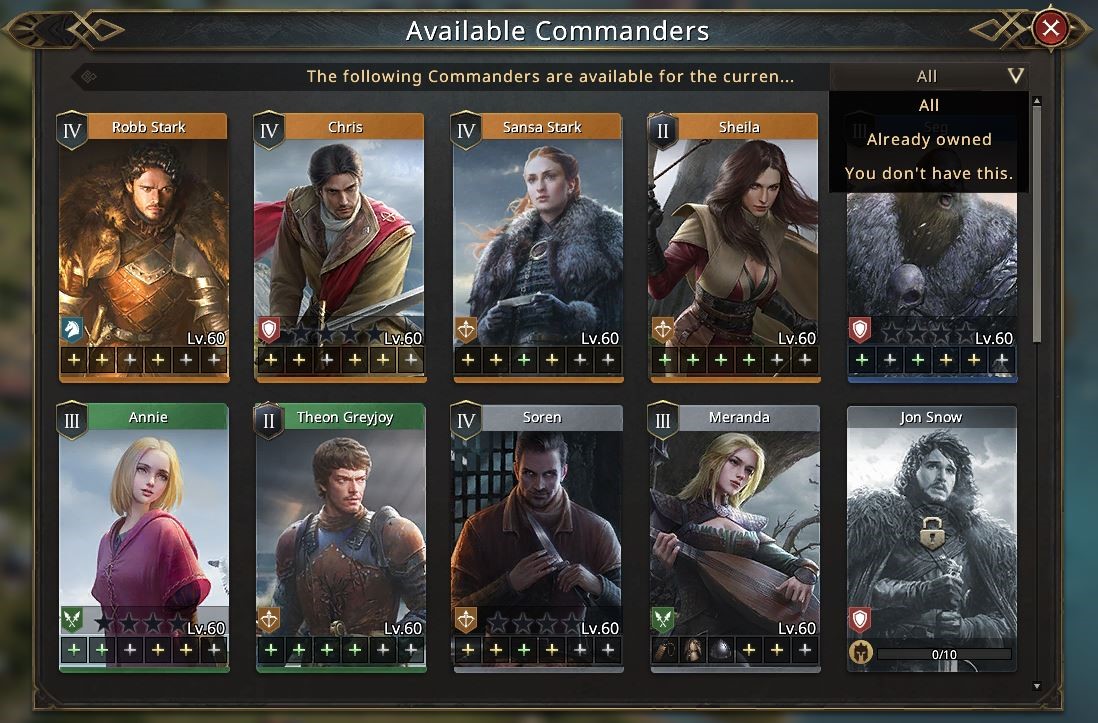 The Speed of Your Armies

Since this is an RTS fight, the speed of your army is essential. Troops will march in the battleground and can be stopped at any moment. But an army’s speed is different, depending on what troops you choose.

For instance, Cavalry is the fastest moving troop, but has the smallest attack range. Meanwhile Infantry moves slow and has the same small attack range. The entire army will move at an average speed of all soldiers, so if you have both Cavalry and Infantry, the speed will be influenced by both the Cavalry’s speed and the Infantry’s speed.

The Range of Your Armies

Just like the marching speed, each type of troop has a different range. Maximize the damage and minimize the risk of losing a battle by following these rules: 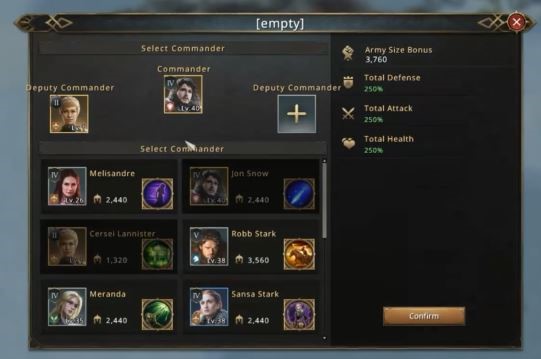 We mentioned earlier that you can control troops with keyboard numbers. Here are the shortcuts: 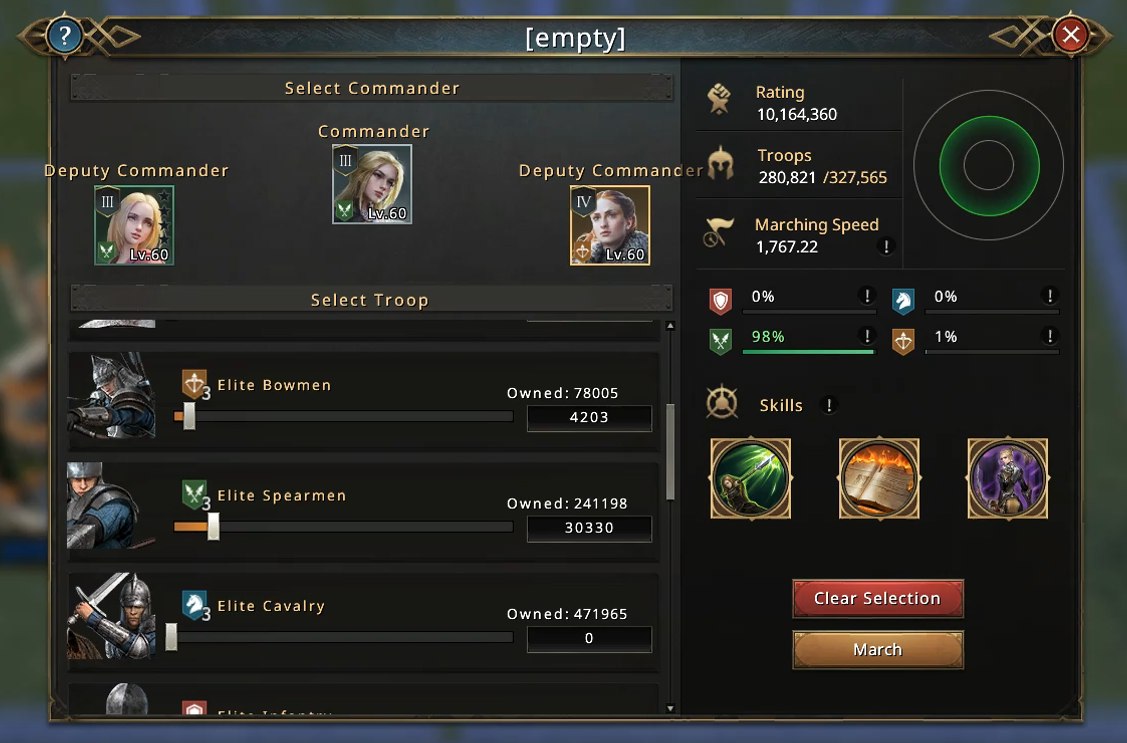 Last but not least, let’s see the rewards players receive in the Siege of Winterfell. The battleground will end when the countdown timer reaches 0. Then, the victorious alliance is the one that has gathered the most points.

Each player that has been part of the event will receive rewards based on how many points they gathered throughout the fight. The players that are in the winning alliance will also win exclusive rewards.

All the points that have been earned in the battlefield can be used to purchase various materials from the Valor Shop, such as Awakening materials or Simon Medals. 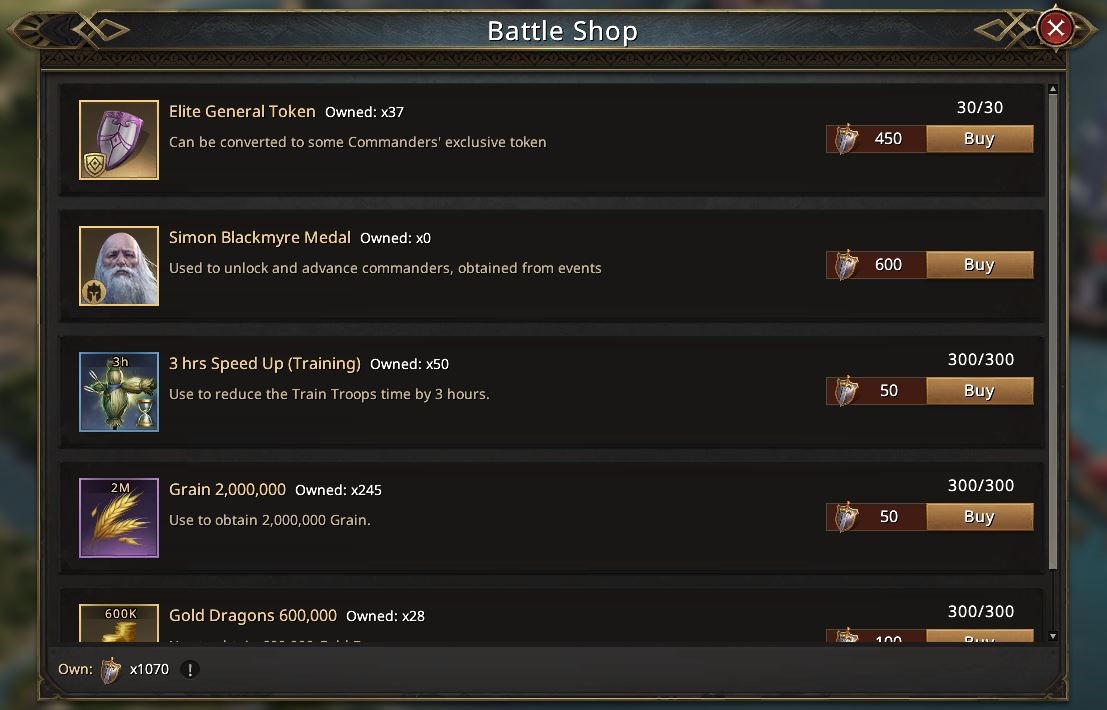