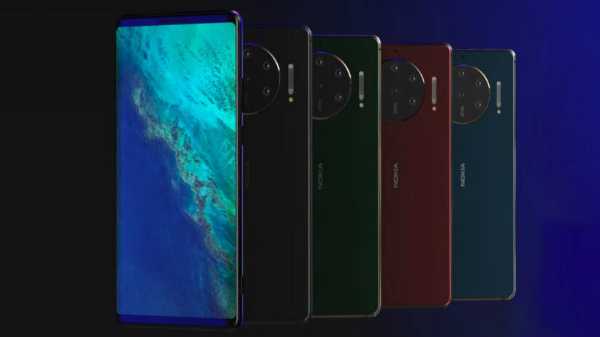 Nokia is expected to announce the release of a new batch of smartphones, so the list of upcoming mobile devices gets longer. After years of being pushed down by other smartphone manufacturers, Nokia has become more dynamic with its strategic techniques. Because of this, the handset creator has seen good sales figures in the last few years.

We managed to gather a list of all the upcoming Nokia smartphones and decided to share it here. The list contains the Nokia 8.2, which could end up being among the first 5G Snapdragon 735 devices. The handset is also believed to be an incredibly affordable version of 5G smartphones.

Another device mentioned in the list is Nokia 9.1 PureView, which is expected to pack the Snapdragon 855 SoC, 8GB of RAM and 128GB, or ROM, Type-C port, and Penta Zeiss optic lenses.

Here are all the devices included in the list with all their rumored and expected main specifications.

It is rumored to come with a 6.22 inches Capacitive display, and Qualcomm’s Snapdragon 710 chipset. The smartphone will run Android 8.1 Oreo and will pack a 20MP front camera and 3700 mAh battery.

This particular model is expected to sport a 6.3-inch IPS LCD display that has a screen resolution of 1,800 x 2,340 pixels. Moreover, the Nokia 8.2 is believed to pack a core processor that clocks up to 2.2GHz speed, 8GB of RAM, and 256GB of internal storage. With regards to the camera setting, the device could feature a 13MP and a 12MP rear camera, and a 32MP front camera. The battery is supposedly a 4000 mAh.

The Nokia 9.1 PureView is expected to pack a 5.99 inches (15.21 centimeters) bezel-less display, and the Android 9.0 Pie. The phone will allegedly be powered by Qualcomm’s Snapdragon 855 octa-core processor and will come with 8Gb of RAM and 128GB of internal storage, which can be expanded up to 400GB. With a 4000 mAh battery, the smartphone will have decent battery life. Moving on to the camera array, the Nokia 9.1 PureView is rumored to sport four 13MP Penta rear lenses and a 25MP front camera.

​Rumored to sport a 5.9-inch IPS LCD screen, Nokia 5.2 will allegedly be powered by Qualcomm’s Snapdragon 660 MSM8956 processor. The device is expected to come with 3GB of RAM and 32GB of internal storage. It will sport a 16MP and 5MP primary camera array, and a 3500 mAh Li-ion battery.

​Rumored to come with a 6.01-inch Capacitive Touchscreen, the device will also pack the Snapdragon 845 chipset, a 3900 mAh battery, and 8GB of RAM. With regards to the camera setup, Nokia A1 Plus will reportedly feature a 41MP, a 20MP, and a 9.7MP primary camera array, with a 21MP front lenses.

The expectations for this mobile phone say it will feature a 5.71-inch IPS LCD display with a screen resolution of 720 x 1,520 pixels and a pixel density of 295 PPI. Nokia 2.3 will reportedly pack a 13MP and a 2MP rear lenses setup beside a front 8MP camera. In addition, it will be powered by the Cortex-A53 octa-core processor and will sport a 3500 mAh Li-ion battery.

Nokia 2.1 Plus is believed to have a 5.5-inch IPS LCD display, and up to 128GB expandable storage memory. The cameras will be an 8MP and 5MP front lenses, and the Cortex-A53 quad-core processor​ will power the device. The battery will be a 4000mAh, which should offer the mobile phone quite a decent life.

Coming with a 5.7-inch IPS LCD full-HD display, Nokia Phoenix runs on Android 8.0 Oreo, and has a 3000 mAh battery. The device is rumored to pack the Snapdragon 710 octa-core processor, a 4GB of RAM, and an 8MP front camera.