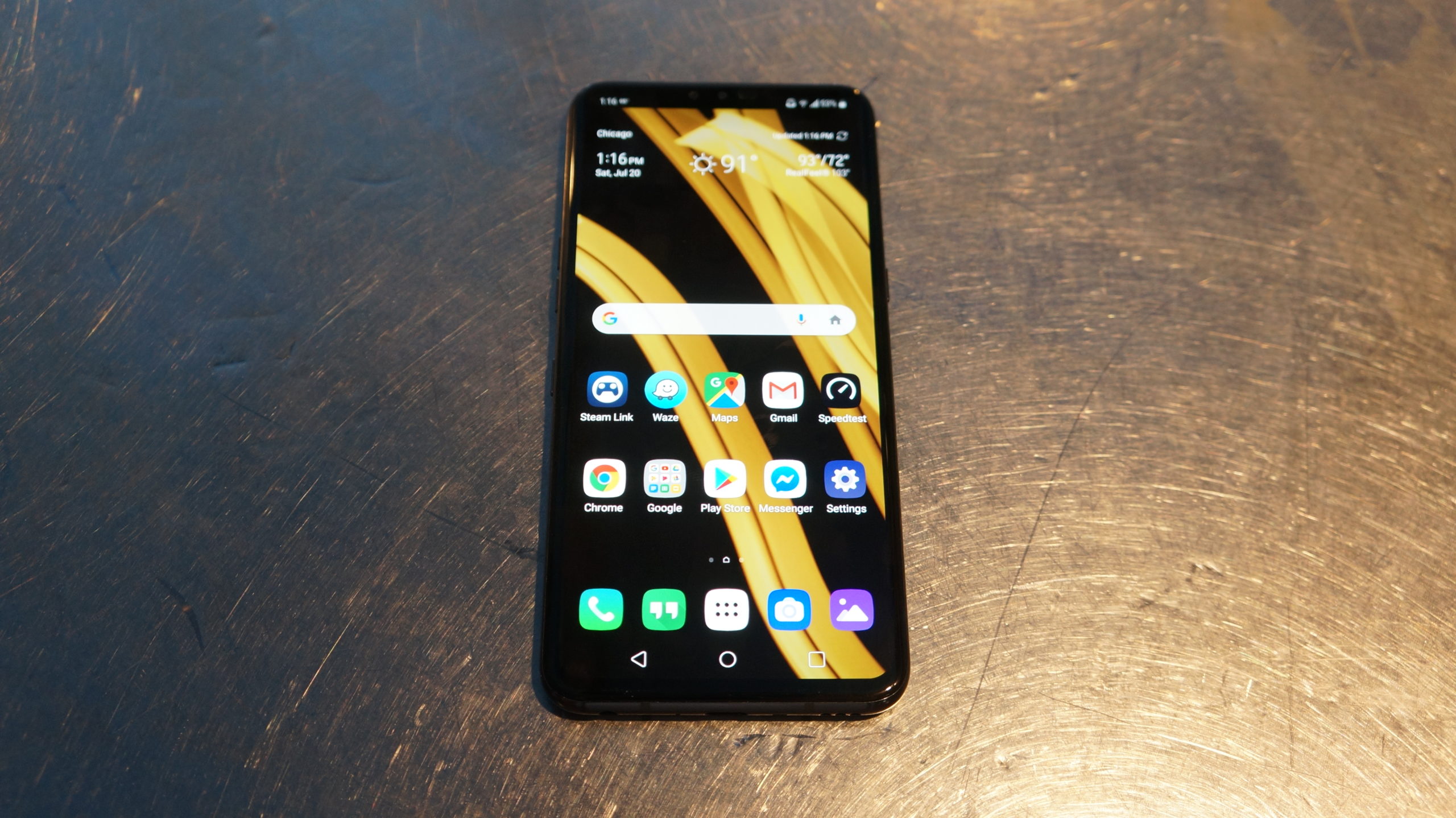 The Mobile World Congress 2020 was the perfect place where LG would have revealed the V60 ThinQ. Unfortunately, the company has canceled the event because of the Coronavirus concerns. So no official details and shows for us, but Android Headlines have found some renders about the smartphone. We could say we have the first look at V60 ThinQ until now.

The first thing that we observe about the new smartphone is the design, which is not entirely different than the previous models. LG is keeping the same design line with the front all screen and thinner bezels. Besides the thinner bezels in comparison with V50 ThinQ, V60 ThinQ has a waterdrop notch like LG G8X. This means again that the new model has a smaller notch than V50 ThinQ.

Besides this, the phone sports the Google Assistant button and the volume button on the left side. The power button is not changed, still on the right side. What is interesting about the design of the V60 ThinQ is the gold frame that appears in the renders. We don’t know, of course, if the back will be gold as well, or they will use it only for the frames. At the same time, we think that gold will not be the only color of the V60 ThinQ.

More details about LG V60 ThinQ, as per rumors

According to leaks, the phone will have the hugest battery from this series. It will sport a 5.000 mAh battery besides its predecessors. We also expect that the V60 ThinQ will come with 5G connectivity the same as V50 ThinQ. On the camera department, V60 ThinQ has four cameras on the back and four microphones for better recording audio. In the hardware category, we will see a Snapdragon 865 chipset alongside 8GB of RAM and 128 GB for storage. The lucky users that will buy this phone will use the headphone jack and micro SD card slots.