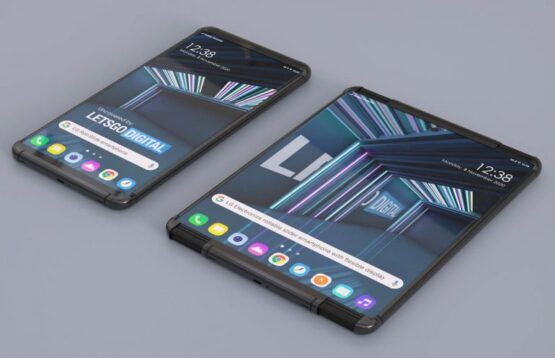 The LG company is known for its bold smartphone design choices. Although the company just released its LG Wing model, which features a swivel design, they are ready for a new innovating phone version. LG seems to have a new smartphone design idea for the next product, and it includes a rollable display.

The new project is called Project B, and according to the rumours, the upcoming phone could launch next year in March. The company may have said something along the lines during the LG Wing launch last month, but we were not sure about the tease. However, LetsGoDigital has done some research and came up with a patent for LG’s possible upcoming design.

The newly surfaced patent is called Roll-slide mobile terminal. It was recorder by the company last year and published in September 2020. The patent is now part of the World Intellectual Property Office (WIPO) database.

According to the database, the next smartphone has a retractable frame with a rollable OLED display. The display can basically slide from either left or right sides, making the display area is doubled. If the user wants to roll out only one side of the screen, that will be possible. Of course, that also means the new model can be used as a normal shaped smartphone.

The new model has a few multitasking abilities, such as automatically adjusting the display’s orientation. However, that will depend on the smartphone’s rolled out/retracted state. The new model design features a few capabilities similar to Samsung’s foldable phones. Nevertheless, we are not so sure about the Project B device as it is way too soon to draw a conclusion at the moment. However, we will probably find out later when more leaks drop. LG might even officially announce the new model design. Leaving that aside, would you be up for a rollable phone?