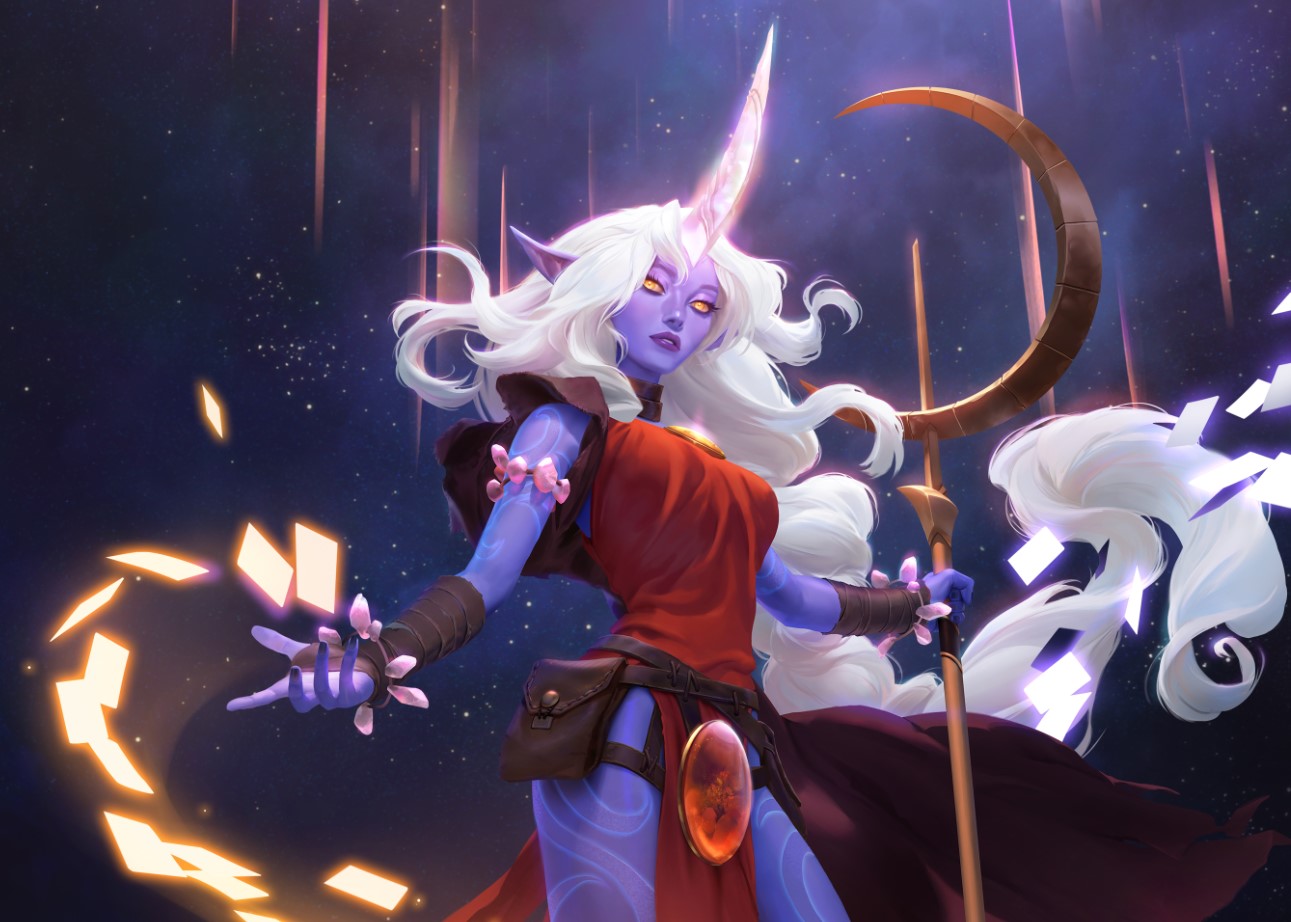 Legends of Runeterra will introduce with its new patch the Call of the Mountain new expansion: Monuments of Power. The expansion will not only bring new champions and cards, but also a new type of card, region road extensions, and a lof of new content.

Let’s see what patch 1.12 brings in Legends of Runeterra and check out more details about Monuments of Power in this article.

The new expansion will introduce 40 collectible cards, including 3 champions — Shyvana, Soraka, and Tahm Kench. There are also new features and content coming, including the new card type – Landmarks, cards that will represent powerful locations in Runeterra. The abilities Landmarks have will change the flow of the game.

The expansion Monuments of Power will be followed by one more expansion in December, noted Riot in its full official patch notes.

Lead developers Jeff Jew and Andrew Yip previewed at the start of the spoiler season for Monuments of Power, noting that this expansion will also start Seasonal Tournaments. More info will be available on the LoR YouTube channel on October 15th, at  9 AM PT.

Targon road extended from 20 to 25 levels.

Bilgewater and Demacia roads extended from 25 to 29 levels.

The road levels added to Freljord and Shadow Isles last expansion (25-29) are no longer anchored to Call of the Mountain cards (i.e., they can now drop anything).

The following four cards will be updated in patch 10.12, but more will be tweaked in the incoming patches, explains RubinZoo, Live Design Lead.

Labs in Patch 1.12 will see a faster rotation. In the first week after the new expansion drop, players will be able to build decks around the Landmarks from Monuments of Power. The second week, ARAM will return.

Choose from a selection of six decks, each showcasing one of the brand new Landmark cards from Monuments of Power and filled with new cards to support it.

Our first Lab is back with a few changes! Rather than building a deck, choose from a mulligan full of champion cards to compose your opening hand and your deck. Champions from the newest expansions have joined the fray, and some especially dead draws have been removed from the card pool.

Four new archetypes will be added to the Expeditions pool, featuring not only new champions, but also Landmarks and strategies that highlight the new expansion.

A new ranked season is coming with Monuments of power, including new ranked reward icons for the last season.

Ranked will be disabled from 9 AM PT to 11 AM PT on October 14 to prepare for the new season.

Ranked reward icons for the last season will be distributed with the patch.

Ranks will be partially reset for the new season:

In terms of personalization, there’s a new Board: Haunted Grounds, Guardian: Infernal Drake, and new card backs: Boo! and Dragonborn. In addition, four new emotes can be purchased from the store, and there are also bundles at great offers. Check out all the details on the official website.