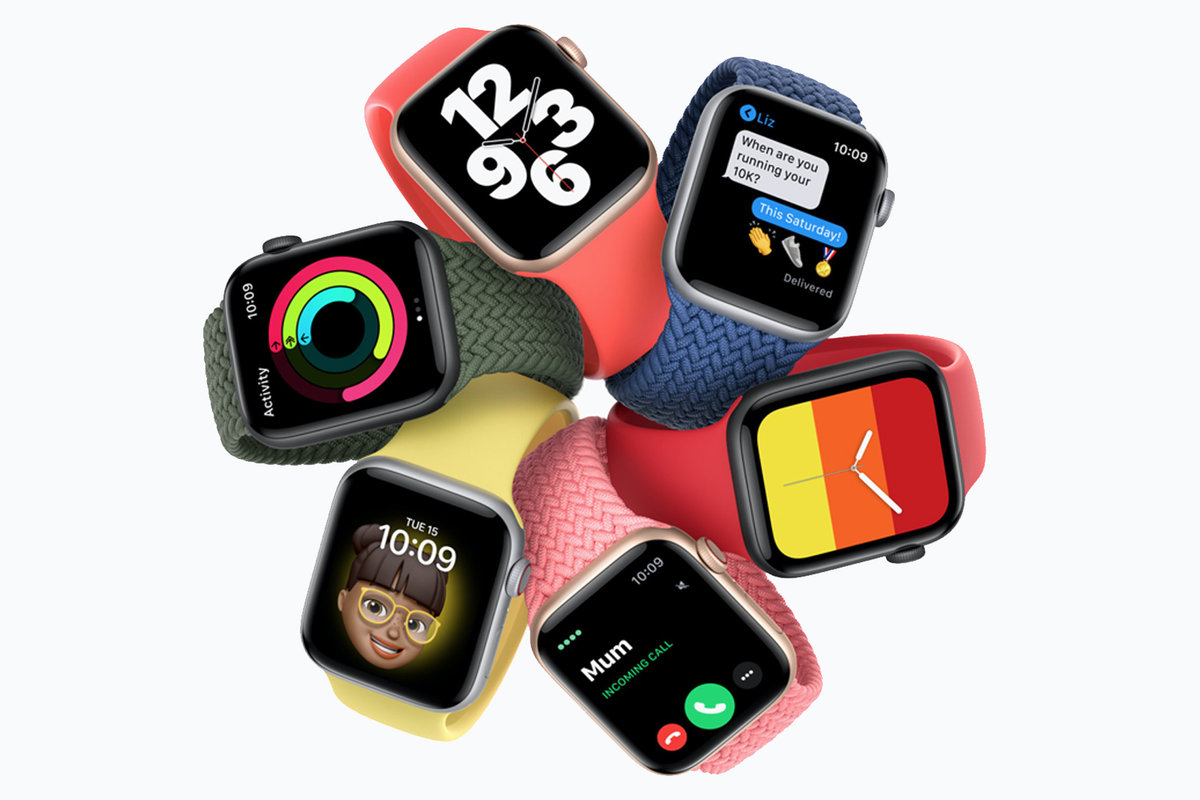 Apple Watch Series 6 is a complex smartwatch that offers the user all kinds of features, especially in the health field. Apple’s focus is on personal health as the Watch features an FDA-cleared ECG app, cardio fitness alerts, blood oxygen level measurement. Watch Series 6 allows the user to keep track of their family members, thanks to the family mode.

However, the smartwatch industry is getting broader, and the competition more fierce. Samsung has its Galaxy Watch 3, and there is a new Fitbit Sense smartwatch that could drown Apple’s Watch Series 6 fame. Not to say Apple also released a cheaper version, the Watch SE. Therefore why buy a $399 Series 6? There are many reasons why, and we listed all of them below.

Apple Series 6 features a Blood Oxygen app, which estimates the oxygen saturation in the blood, in other words, SpO2. On the back of the smartwatch, you can see eight points forming a circle in the center. All of them are red and infrared sensors that measure the color of your blood. After the analysis process is over, it will determine the percentage of oxygen in your blood.

The Blood Oxygen app works in two modes. It can either measure the oxygen saturation on-demand or running in the background at irregular intervals throughout the day or night. While setting up the Apple Watch Series 6, you can choose to enable this feature. Of course, you are able to disable it at any point in the Settings.

Once you activate this feature, the system will take you to the process of getting the best results. What you’ll have to do is to rest your arm on an even surface and wait 15 seconds until the test is over. Values under 90 percent are considered low. Therefore anything above or higher is within the healthy range. However, the test can have different results depending on the following factors:

Regardless of how many times you do the test, results will always be one or two points off. Apple Watch Series 6 measures the light that bounces back from the wrist compared to a medical device. Ever since the coronavirus outbreak, having a machine that measures blood saturation is a must. If your blood oxygen level is too low, you might be in danger; therefore, checking it on a regular basis is safer.

One thing for sure is that Apple’s smartwatch doesn’t replace a medical device. The company makes that clear in the description. What the Blood Oxygen app does is to keep users informed of their general condition. Compared to a standard pulse oximeter, the smartwatch can track the blood saturation for a longer period of time, especially since you can use it while you sleep.

The app can inform users that suffer from apnea or asthma when something is wrong. At the moment, the multinational technology company is doing research on three different SpO2-related studies. One of the studies is related to COVID-19 and another to asthma. Apple wants to detect early signs of respiratory illnesses.

Samsung’s Galaxy Watch 3 features SpO2 as well; however, compared to Watch Series 6, it can’t automatically track the blood saturation. Other wearable devices feature this app, such as Fitbit and Garmin. Nevertheless, Apple still needs to work on the Blood Oxygen app’s accuracy. It would be great if the app could alert users when their SpO2 is out of normal values, similar to the heart rhythm notifications.

As you may already know, the company is no longer producing the Watch Series 5, which means the sixth series is the only one that comes with an electrocardiogram feature. The ECG feature was first introduced in 2018 with the Apple Watch Series 4.

The display of the Apple Watch Series 6 doesn’t dim when not use; instead, it looks like it is still on even while asleep. This new update makes the Watch easier to use when you’re outdoors. According to Apple, the screen is now 2.5 times brighter than its previous models, and you can clearly notice the difference.

Apple introduced new color designs for its sixth generation of wearables. Although we were used to the traditional silver, the new Watch features space gray and gold finishes. The frame can differ as well, it can be Product Red aluminum, but the smartwatch is also available in the blue color.

The sixth Watch series comes with a faster chipset. The Apple Watch Series 6 features an A13 Bionic chip-based that powers iPhone 11. The new processor increases the wearable app performance and battery life. However, the impact on battery life is not as significant as expected. The Watch requires at least 30 percent battery at the end of the day to track the blood saturation during night time.

Same as its predecessor, it can last for 18 hours straight, at least according to Apple. Another thing that changed is the charge time, which is now faster. Apple Watch Series 6 can now fully charge in 1.5 hours. The previous Watch models charged to 100% in two hours. The downside is that Apple is now selling the wall charger separately.

Apple is now selling a new type of silicone band that doesn’t feature clasps or buckles, the Solo Loop. If you are a fan of silicone sports band, this one is quite alike but doesn’t come with overlapping parts. However, it comes at a hefty price of $49 alone.

On the other hand, it could be more appropriate for kids, which wouldn’t be surprising since Apple introduced a new Family Setup feature. The feature allows the user, aka parent, to set up another smartwatch that doesn’t require an iPhone. This way, you can track your kid’s phone contacts and also set up use limits for certain hours, thanks to School Time mode.

Customizing watch faces is something users like do, and Apple now introduced new Animoji and Memoji you can create on your smartwatch.

The Force Touch feature is no longer available on the Apple wearable. The latest update, WatchOS 7, eliminated it. Therefore in order to prompt an action on your Apple Watch Series 6, you have to press long on the watch face. Before the update, you had to apply more pressure to make it work. However, haptic feedback is still the same. Therefore, users ave to learn certain actions once again. For example, switch from grid view to list view action.

The WatchOS 7 update brings new fitness features to the sixth wearable line up. For example, dance tracking and core training. However, the latest update introduces a unique feature available on the Series 6 and Apple Watch SE only. The new feature gives real-time elevation monitoring information during an open-air workout thanks to an always-on altimeter.

Apple smartwatch uses VO2 Max, also known as the maximum oxygen consumption, in order to determine cardio fitness levels. In case your cardio is lower than the normal levels, the Watch will automatically notify you.

Apple introduces Fitness Plus service to its smartwatch platform. The service offers studio-style workouts and trainers, also available on iPhone, iPad, and Apple TV platforms. You can basically sync guided workouts with the Apple Watch. Once you start an activity, the Watch will display your stats, making the workout more pleasant since you won’t have to keep looking at your smartphone. Some of us need a push to train; therefore, instructors can use Apple Watch for the exact reason.

“We’re so excited to energise our customers with new ways to get active and stay active with Apple Watch,” said Jay Blahnik, Apple’s senior director of fitness for Health Technologies. “With diverse studio workouts that are suitable for all ability levels, led by a phenomenal group of unique trainers, and an approachable programme designed for beginners all the way through to the fitness enthusiast — as well as the flexibility to work out anywhere — there’s something for everyone. We know Fitness+ will take working out with Apple Watch to the next level with unparalleled engagement, convenience, and inspiration.”

Although the Fitness Plus service sounds very appealing, it is not available yet. However, Apple will launch it next year at $9.99 a month or $80 a year. These are the seventh reasons why you should buy an Apple Watch Series 6. The smartwatch has a lot to offer, and we can clearly see the improvements. As you may already notice, some of the useful features mentioned in this article are not available at the moment. However, Apple is making efforts to improve the platform even more, which is excellent for tech lovers.