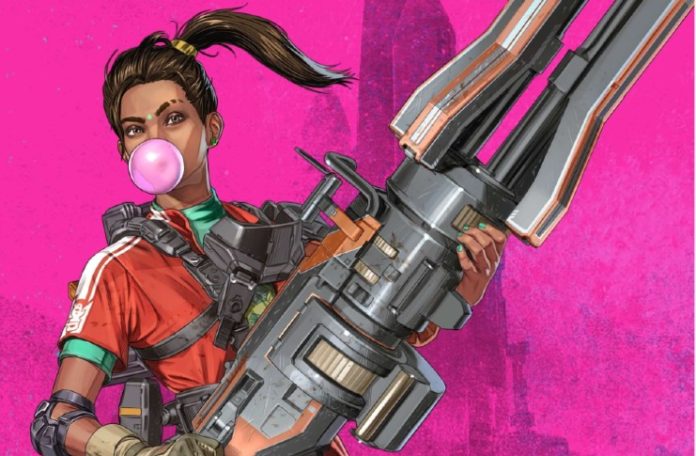 Apex Legends developer Respawn has finally published the Season 6 trailer of the game. Named ‘Boosted,’ the new season features the legend, Rampart, and a lot of other new additions and changes.

Apex Legends Season 6 will go live this August 18th. The season trailer has shown fans what to expect in the upcoming season, but we do expect more teasers and trailers in the following days.

Rampart and Shiela are Finally Introduced

Numerous leaks these last few days hinted that the new legend would be Rampart. Earlier speculations suggested that Ash from Titanfall 2 might be featured in the Battle Royale, but that’s not the case anymore. There were also clues of a character named ‘Sheila,’ which was said to appear in the next season as well. Still, the trailer did not detail on who she is.

The developer has not yet unveiled the tactical abilities of the new legend; even though the leaks surfaced, Respawn is known to do the good old last-minute-change, so until it is official, these details remain as rumors.

But, if correct, Rampart has a tactical that generates an ‘Amped Cover,’ which serves as a one-way block that obstructs bullets but amplifies any outgoing shots. There are three possibilities for Sheila’s passive: the first one, ‘Gunner’ boosts LMG magazine size and reload rate. The second speculation is ‘Fixer,’ which will make her repair any structures, and lastly, ‘Cover Fire’ would allow her to increase damage when shooting through a cover.

The character’s ultimate is possibly called ‘Emplaced HMG,’ which enables Rampart to set a mounted machine gun for anyone to use, with the weapon able to take heavy ammo.

Teasers also hinted to a change of map featured in this forthcoming season. Still, the trailer has not given any map clues except for the revealed rocket spaceship that will finally launch.

However, there’s still hope that the Battle Royale will be placed in Olympus. The trailer suggests that the legends are talking inside a small room, and it is feasible that the conversation is happening inside the spaceship.

Overall, Apex Legends Season 6 remains a mystery, although the trailer has been released. This means Respawn has numerous surprises on its sleeves.