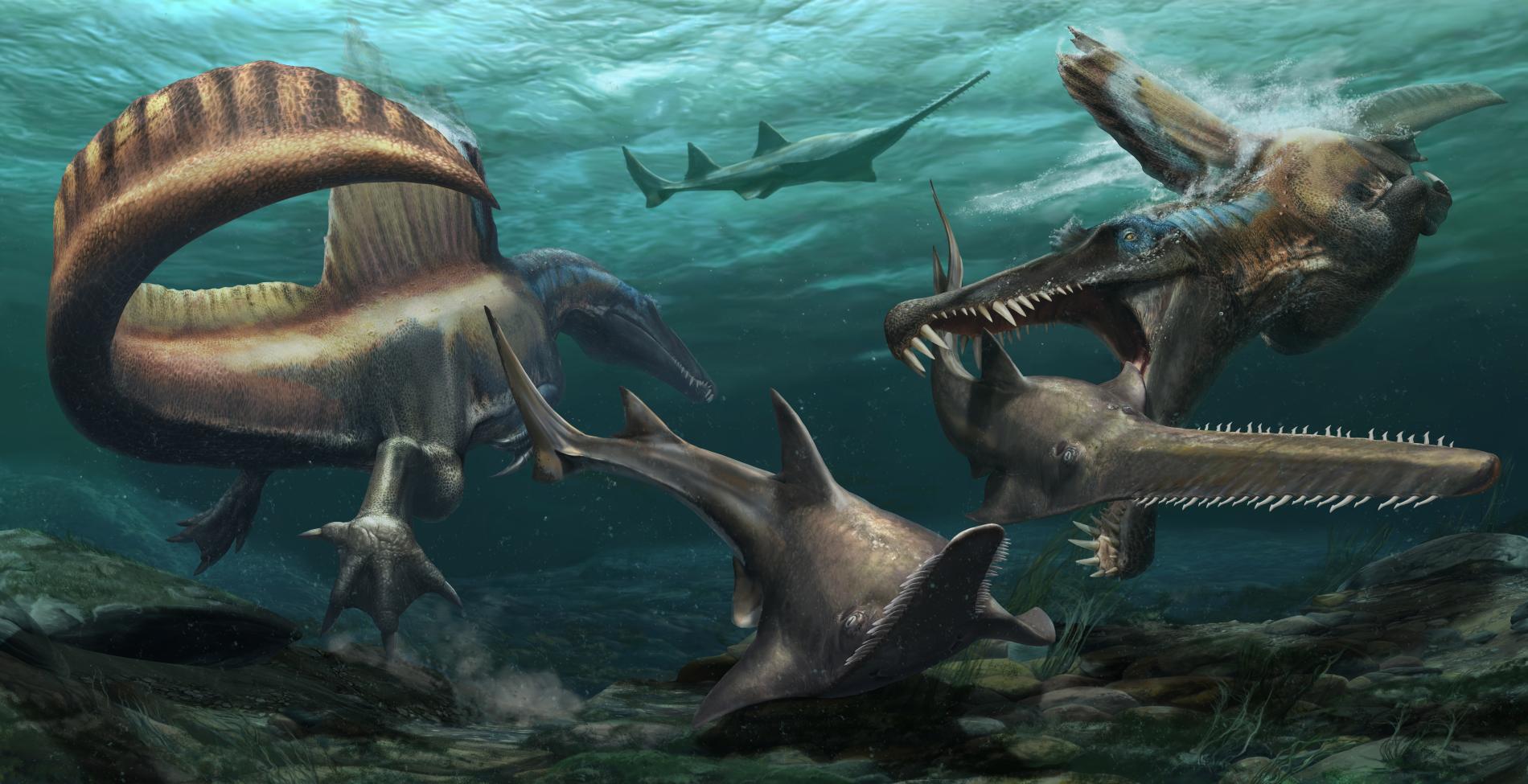 A recent discovery that involved researchers unearthing a thousand dinosaur teeth has shown that the Spinosaurus, a dinosaur that was made famous in the Jurassic Park franchise, was a river-monster.

A team of researchers from the University of Portsmouth has recently collected some fossilized remains from an ancient Morocco river bed.

After analysis, the fossils were proved to be the teeth of a Spinosaurus aegyptiacus, the same dinosaur depicted as Jurassic Park III’s main villain.

Until now, dinosaurs were known as creatures that lived particularly on land.

However, in recent years, scientists found the remains of Spinosaurus in the Kem Kem river system, which used to flow in the Sahara Desert approximately 100 million years ago.

Still, the discovery cast doubts on the land-exclusive hypotheses of dinosaurs.

The final detail that led to a decision was unearthed this year when the researchers found a fossil of the mega predator’s tail, which was anatomically adapted to an aquatic lifestyle.

The 1,200 teeth discovered in the same region are additional evidence that the 15-meter long, six-tonne dinosaur was a water-dwelling giant.

David Martill, Professor of Palaeobiology from the University of Portsmouth, stated:

“The huge number of teeth we collected in the prehistoric river bed reveals that Spinosaurus was there in huge numbers, accounting for 45 percent of the total dental remains. We know of no other location where such a mass of dinosaur teeth have been found in bone-bearing rock.”

“From this research, we can confirm this location as the place where this gigantic dinosaur not only lived but also died. The results are fully consistent with the idea of a truly water-dwelling, ‘river monster,” he added.